Ronalda is a graduate of Dalhousie University, Nova Scotia with a B.Mus.Ed in 1986 and studied musical theatre at the Banff School of Fine Arts.Ronalda has conducted several community and church choirs in both St. John’s and Halifax N.S.  In 2005, Ronalda had the wonderful opportunity of being the musical director/conductor for the original musical, “Miracle in Stone” written for the 150th celebrations of The Basilica of St. John the Baptist.  Her musical direction includes  more than 30 plus full-scale musicals and over 20 dinner theatres in both Newfoundland an 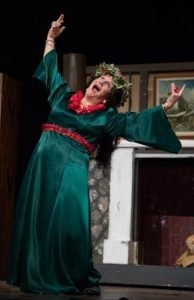 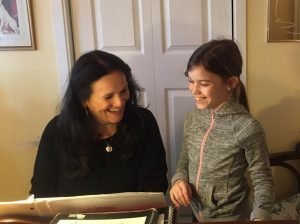 t. John’s and PMP /St. John’s) include both lead and supporting roles from opera to musicals. Her favorites include  Maria, “The Sound of Music”, Narrator, “Joseph and the Amazing Technicolor Dreamcoat”, Pamina, “The Magic Flute”, Dorabella, “Cosi fan Tutte”, Mrs. Potts, “Beauty and the Beast”, The Ghost of Christmas Present, “Scrooge”,  Miss Stacey,  Marilla, “Anne of Green Gables”, Tup Tim “The King and I”, Agnus, “I Do! I Do”!

This summer will be Ronalda’s 8th year running her own musical theater camp for young people.  “Newfoundland To Broadway”

Ronalda has won several awards locally, nationally and from the USA for her singing, writing and teaching abilities. Ronalda embraces the challenges of her work as artist, teacher and joint owner of a music studio with her husband Peter.

Peter is a graduate of Dalhousie University, Nova Scotia with a Bachelor of Arts with a major in music in 1984.  After a year of vocal studies with Bernard  Diamont , 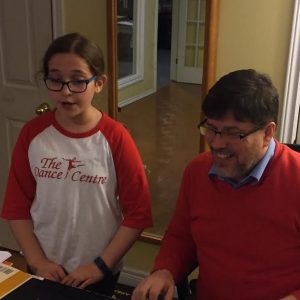 performing in Toronto,  and studying  Musical theatre at  the Banff School Of Fine Arts,  Peter returned to Nova Scotia to earned his Certificate of Music Education in 1986.

Peter has  performed in numerous productions stages across Canada,  but has found his passion in teaching and directing his own productions.  He founded and became the operation manager of The Historic Feast Company dinner theatre in Halifax where he managed the restaurant, wrote, directed  and performed in the various musical theatre performanc

es at this thriving dinner theatre.  In 1990 he opened “The Admiral’s Feast” in the Murray’s Premises in St. John’s, NL and 1991 moved to Newfoundland where he continued producing, writing and directing musical dinner theatre productions, taught in the school system and began the MacDonald  music studio.   After a few years teaching at the middle school  and high school schools in Gander and St. John’s.   Peter stopped to focus entirely on their thriving music studio. 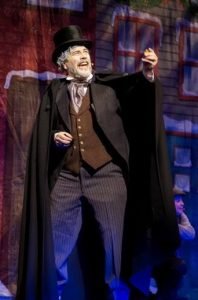 With a desire to provide performance opportunities for their students, in the winter of 1996, Peter and Ronalda joined with other teachers in St. John’s to produce a large scale musical theatre production at the St. John’s Arts and Culutre Centre.  Peter MacDonald Productions or PMP was born.    Now in its’ 22nd year,  Ronalda and Peter  with the help of a their talented PMP’s production team have produced over 30 large scale musicals including : “Tarzan”, “Scrooge”, “Beauty and the Beast”, “Anne of Green Gables”, “The Wizard of Oz”, “Hairspray”  “Annie”, and ” Oliver” to name a few. They look forward to this year’s production of “Trummp” and “Scrooge” at the St. John’s Arts and Culture Centre in the fall of 2018.

For his whole life, Peter has been an active member of the music program in the church.  At the age of 18 he took over the direction of the church family band and has led choirs and musical groups at Christ Church, Dartmouth, NS,  St. Peter’s Cole Harbour, NS,  St. Thomas’,  St. John’s, NL,  and now First United, Mount Pearl, NL.

Piano, voice and theory instructor, Gillian Vaughan (Burry), is a St. John’s native with over 22 years of musical training. 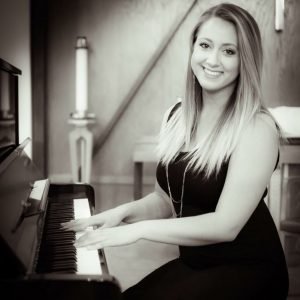 Involved in music from a young age, Gillian studied with both Peter and Ronalda Hutton MacDonald and also with Sally Rowsell.   Gillian continued her studies at Memorial University of Newfoundland and Labrador and holds a Bachelor of Music (honours), concentration Piano Performance and was the 2006 recipient of the Kiwanis Music Festival Rose Bowl and has also been awarded numerous Kiwanis awards and University scholarships.  With over ten years of teaching experience, Gillian is now also a certified Kindermusik Instructor. She volunteers with two local children’s choirs and works as a freelance accompanist. Gillian also held the position of director of music at Timberlake Camp in New York. 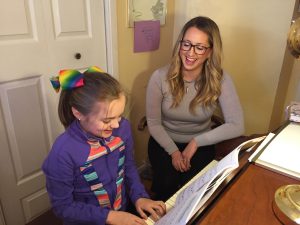 Gillian and her longtime musical friend, Julia Bowdring, founded Duo Armonia, a violin and piano duo, who have played at many festivals, weddings, special events and concerts. http://duoarmonia.wordpress.com
With a love and passio
n for music, Gillian loves her role as a music educator. When not teaching, Gillian can be found spending time with her family and her two furry friends! 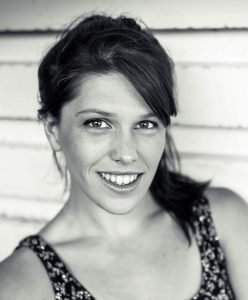