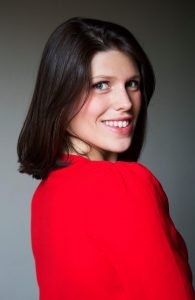 Miranda is so happy and grateful to share “Trummp the Musical” for its second run!
Theatre credits: “We Will Rock You” (TADA), “Offensive to Some” (Persistence), “Once the
Musical” (TSJ), “Guys and Dolls” (ALT), “The Wedding Singer” (StageWest), Context (Echo),
“The 25th Annual Putnam County Spelling Bee” (Persephone), “Lights, Camera,
Christmas!” (Upper Canada), “Rob Ford the Musica”l (Factory Theatre), “Back in
59’” (Showboat/Tour). Directing experience: choreographer for “Guys and Dolls” and “A Call To Arms” (ALT) and “Into the Woods” (SYC). Newfoundland to Broadway, Liberty Junction Theatre (Mississauga) and elementary schools. Graduate of Sheridan College. Currently: teacher at MacDonald Music Studios, director of Dynamic Fusion Show Choir, band member of The Singles, Karen Carpenter Tribute (SofNL). Love to her amazing family and friends and her baby girl, Mcaleigh. 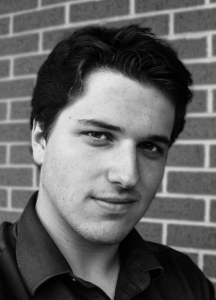 Peter MacDonald is a Berklee College of Music graduate. During his career he has
been fortunate enough to play in every major city across Canada, throughout Newfoundland and Labrador, and parts of Europe. This past year Peter was the co-
writter of “Trummp the Musical!” (PMP) and took part in the orchestration and recording of “How Do You Get To Jelly Bean Row?” (BKP). Selected Theatre Credits: “Trummp the Musical” (PMP), “Guys and Dolls” (Atlantic Light), Wizard of Oz (PMP), Canada “It’s Complicated” (Comedy 150), “Impresario” (Best Kind Productions), “Tarzan” (PMP), “Sister Act” (Atlantic Light), “Scrooge” (PMP).
Peter wants to say a special “WE DID IT” to his co-writer Spencer FitzGerald and hopes this show makes you bust a gut and think. 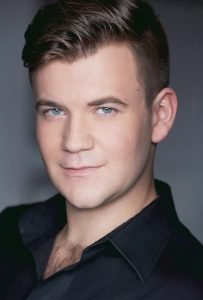 Taylor, a recent graduate of the Randolph Academy for the Performing Arts, is ecstatic
to be diving back into the role of  TRUMMP. This Musical has given him so many
wonderful opportunities; he couldn’t ask for a better cast and crew to work with. Past
credits for Taylor include Monsieur D’Arque in “Beauty and the Beast,” Trummp in
“Trummp the Musical,” and Principal in “Footloose”.
Taylor would like to thank all of his professors, mentors over the years, all the casts and
crews he has worked with and, most importantly his family for their unconditional love and support. 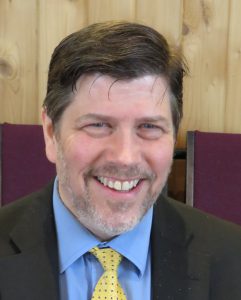 Peter is a well-known voice teacher, church musician, performer and musical theatre director in Newfoundland. In addition to operating an active voice music studio, Peter with his wife Ronalda, created Peter MacDonald Productions (PMP) in 1986 and to date has produced over 50 large scale musicals in the St. John’s area. In October 2018, PMP produced their first locally written musical: “Trummp, the Musical”. Spurred on by its’ success in St. John’s, Peter choose to take the show to Halifax, N.S. where it was received by enthusiastic crowds. He looks forward to 3rd leg of the journey by participating in the Edmonton Fringe Festival. Peter is very excited to be part of the touring show as the Secretary Of Defence. His wish is to promote the wonderful talent that calls Newfoundland their home, and encourages the discussion of leadership and the responsibility of citizenship in our democracy. Love to his entire family, and Spencer and Adam who have worked tirelessly on this project, and to the fellow cast members who share his passion to share this most important story with you. 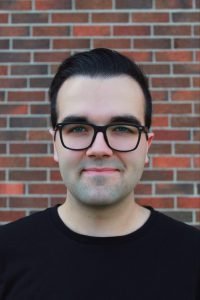 Nick Mandville is a student in the Faculty of Education at Memorial University and is
absolutely thrilled to be a part of this incredible show alongside this stellar cast! Nick
studied voice with Justin Goulding and Megan Barnes at the Studio of Etcetera Productions and is a member of The Company. Nick was a member of the Mount Pearl Show Choir and traveled across the globe with them as a member of the Peace Education Project. Nick is Co-Artistic Director of Group Hug Productions alongside Erika Squires, and their first production Never Swim Alone premiered at the GEO Centre last March. Some past theatre credits include: “Hurry Hard, Be More Chill” (BKP), “The Sound
of Music” (Opera on the Avalon), “A Call to Arms” (Atlantic Light), “Jesus Christ Superstar”,”Our Divas Do Christmas” (TaDa!), “Seussical”, “Cats”, “Godspell”, “Shrek (Etcetera Productions), “All Shook Up”, and “Beauty and the Beast” as the Beast (Rennie’s River). Nick would like to thank the PMP team for this once in a lifetime opportunity! 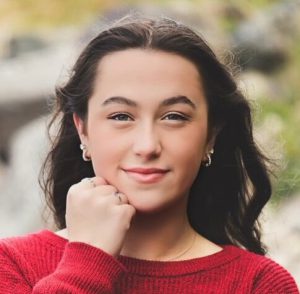 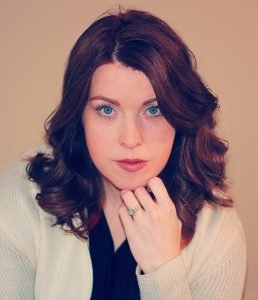 Amy hails from Dunville, NL where she acted and directed with the Placentia Area Theatre d’Hertiage for almost a decade. She holds a Bachelor of Music Education with amajor in voice from UPEI and a Master of Education in Counselling Psychology from
Memorial University. Previous shows include “Oliver”, “Jesus Christ Superstar”, “Rock of Ages” “Urinetown”, “All Shook Up”, and “Sister Act”. Amy is also a singer-songwriter and released her debut album, On Repeat, in 2015. She is thrilled to be touring this brilliant, original musical. Congrats Peter and Spencer! 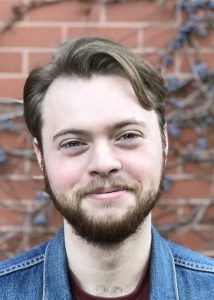 Adam is very grateful to be a part of the Trummp the Musical team. He studied Theatre Production and Design at York University, and will attend Dalhousie University inSeptember to pursue Architecture. His previous PMP productions include “The Addams
Family”, “Tarzan”, and “Santa’s Place”. His previous technical credits include: Head
Electrician for “Dido”, “Queen of Carthage”, Assistant Technical Director for “A Day,
Long Gone”, and Technical Director for “Rochdale”. 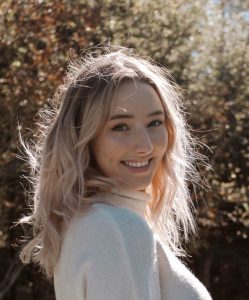 Gillian Davis is a fourth year Geography student at Memorial University, and is so excited to be taking this incredible show on the road this summer. Gillian is passionateabout performing and has developed her skills through years of training in St. John’sand performing in a number of local musicals. Past favourite credits include “We Will Rock You” (Scaramouche), “Rent” (Ensemble, Mimi u/s) “Hairspray” (Council Kid) and
numerous performances with Etcetera Productions’ The Company. Gillian is particularlyexcited about this production and is so thankful to Peter and the entire team for bringingher onboard for this wild ride. 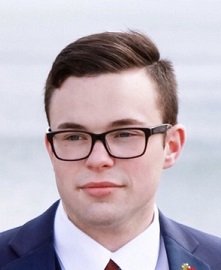 Kurtis Butt is a 19 year old Nursing student at Memorial University of Newfoundland and the Centre for Nursing Studies. He has been performing in musical theatre for 4 years.  Past performances and roles include “Troy Bolton” in O’Donel High School’s production of “High School Musical” in 2016, “Chuck Cranston” in O’Donel High School’s production of “Footloose the Musical” in 2018, “Young Marley” in PMP’s production of “Scrooge” in 2018.  Kurtis would like to thank the cast and crew of this amazing show for teaching him so much and helping him become a better performer. He hopes you enjoy the show! 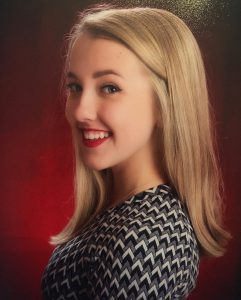 Laura Westcott is a 20-year-old student who just completed her third year at MemorialUniversity studying Biochemistry (Nutrition). She has been dancing at The Dance Centre (NL)  for as long as she can remember, training in many styles including ballet, contemporary and broadway. Laura has been onstage in many musical theatre productions over the past 7 years; recent credits including “Be More Chill” (Best Kind Productions) and “Guys & Dolls” (Atlantic Light Theatre). She was also involved in the Performing Arts Certificate at Holy Heart High School. Laura performed in the debut of”Trummp”  in October 2018 and is feeling very stoked and grateful that PMP has given her the opportunity to be a part of the show again!